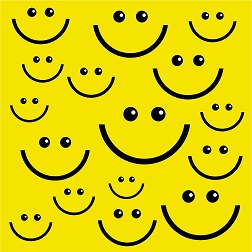 Positive Psychology was the topic of a recent article I was reading. There seems to be more and more being written about this subject over the past year or two. A lot of it has come from advances in Neuroscience in which researchers have been able to use imaging equipment to “watch” the brain while subjects are doing all sorts of activities from reading books, listening to music or watching movies. For example, researchers can see what areas of the brain are triggered when the subject is presented with a dangerous situation. In his book Social, Lieberman (2013) discovered that the human brain is actually hardwired to serve others more than to serve ourselves. That our need to connect with other people is even more fundamental, more basic, than our need for food or shelter.

Research is showing us that there is a definite connection between being positive, and good things happening. There is a strong connection for us to do good things and not only for ourselves. When we are around “happy” people we too will have the tendency to feel happy and the converse happens as well. This is known as Emotional Contagion and has been researched extensively. Interestingly, this research has found that it is more unconscious than conscious, that most of the time we aren’t aware it’s happening to us.

Positive thinking is nothing new Norman Vincent Peale is well known for his books on positive thinking, as are many others. The difference now though, is that the latest neuroscience research is backing up what many people thought was just a fad, a “feel good thing”.

Psychologist William James stated that if you do the same activity for 21 days consecutively, you’ll create a life habit, something you don’t even have to think about, like putting on a seat belt in a car. If you do that 21 days in a row and get into a taxi that doesn’t have a seat belt, you feel uncomfortable. When you get into a car with a seat belt, you’ll put it in without even thinking.

Emmons (2007) had university students write down three things they were grateful for with as much specificity as possible for 21 days and not just “I’m grateful for my health” for 21 days straight. After 21 days these students’ optimism levels were significantly higher. Those who were extreme pessimists had moved up to low level of optimists. The optimists became even more optimistic. Six months later their optimism levels were still high, they had fewer sick days and better evaluations by their teachers. They had less depression, they had taken on more things like exercise and positive habits. Building a positive working environment would seem to make sense.

What does a positive workplace look like? Is there such a thing? How can we reconcile the idea of a positive workplace with studies that show that only seven percent of employees strongly state they trust senior leaders to look out for their best interest, and only seven percent strongly agree they trust their co-workers to do so? (http://www.maritz.com/maritz-poll/2010/maritz-poll-reveals-employees-lack-trust-in-their-workplace.aspx). There seems to be a disconnect here.  To me it must start with understanding, and the way to start that is through communication. You have to start by understanding one another, respecting people where they are, and working with then on that basis. We can’t change others’ behaviours but we can try and understand them and accept them as they are. And the only way to start understanding others is to communicate with them.

So here is the kicker from the Maritz study: