We are all great at giving feedback, either positive or negative —it’s when we are receiving it that we pay more attention.

As a manager, one of the greatest les 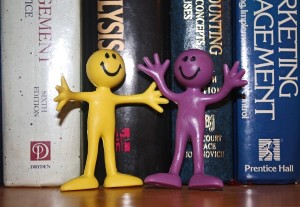 sons I learned was that when giving feedback, always make sure your intentions are known upfront. Whether the feedback is just a performance review or if it is a more difficult conversation, make sure you clearly state the intention of the meeting right up front.

An important point about intentions, and one discussed by Stone, Patton & Heen in their book Difficult Conversations: How to discuss what matters most (Penguin, 2010), is that we can never know another’s intentions, and we should never assume that we do. We can only be sure of our own intentions; the need to be clear about them and verbalize them upfront. For example, many times I have had to do a performance review or have a discussion with a direct report who knew, based on previous discussions, that the matter was serious. Understanding that the other person was anxious about the pending meeting, I would assure them upfront that I was not going to be terminating their contract today, but that we were going to be having a difficult discussion about their performance and what it would take to improve it. If it was a termination meeting, then I would say so upfront: that the meeting today was to terminate their contract with the organization. I would then go into the details as needed. In other situations I may say that my intention today is not to… but that…

Being prepared is also critical. I have to have a clear picture in my mind of where I need the conversation to go and how I need to position it, to make sure my intentions are clear, and to focus my objectivity. Something that has often helped me, especially with those difficult conversations, is to remind myself that my role requires me to have this conversation. That didn’t mean that I shouldn’t feel empathy or compassion—in fact in most cases these are important factors in ensuring that the purpose of the meeting is carried out in a safe way.

When receiving feedback I also need to be prepared to be open and non-judgmental and to check my emotional state. That’s easy to say, but it’s not always easy to do consistently. But remembering that the person giving the feedback is doing it because their role requires it helps to differentiate between the person and the role, and that helps with objectivity.

Here are some things to remember when receiving and giving feedback:

Criticism is a Learning Experience – embrace it