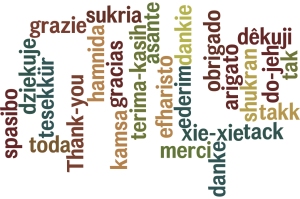 I have been a follower of Marshal Goldsmith’s work since his book What Got You Here Won’t Get You There came out in 2007 and after I had the opportunity to participate in his two day workshop in 2008. I have also had the opportunity to facilitate the exercise that Goldsmith describes in the article Try Feedforward Instead of Feedback several times, the latest being just a few weeks ago. In this recent exercise I directed the group to just say “thank-you,” nothing more, after receiving their feedforward responses, and then move on to the next person. After the exercise was completed I asked them what they found to be the most difficult thing about it. Along with the odd “it was difficult to come up with a suggestion to the other’s challenge/issue,” the majority stated that it was to simply say “thank-you.” They wanted to add something else to the conversation. In the context of my coaching journey, the take away from this exercise was the need to make sure we do not fall into the trap of wanting to add value. It is easy for those of us who are in leadership roles to provide answers and solutions, but as a coach this changes.

Why is it so difficult to say simply “Thank You?” Maybe it’s an ego thing. Just saying “thank you” and nothing else is like saying “I have nothing more to add to the conversation, which is not good because I want to show you how much I know.” It can also be seen, as Goldsmith noted, as a submissive response — “I give up” (p.157). But here is another side of the story: Saying thank you can be very powerful. Study after study has shown that recognition is crucial to employee retention and productivity. Kouzes & Posner (2012) describe a law firm that noticed they were losing high value first year associates. An investigation revealed that it wasn’t the hours, the money or the work; “it was because the young lawyers didn’t feel appreciated by the partners” (p.294). Studies also show that in work environments where the ratio of positive to negative comments is greater than 3 to 1 are much more productive with much lower turnover. Just saying “thank you” can have a significant effect on moral – it just feels good. 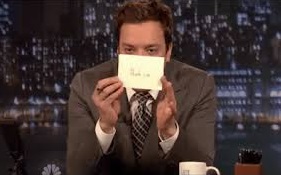 Did you know that if you Google “Saying Thank You” you can get millions of websites on the subject, including one called How to Say Thank You. This website provides instructions on how to say thank you in person, over the phone and by text. It seems like a poor indication of modern social skills that we need a website to help people learn how to say thanks. Even when we do get a “thank you,” it often almost seems like an afterthought.

From my perspective it comes back to listening, if we stay present when interacting with others, then our “Thank you”s will be authentic. Be willing to drop your ego, really listen to what others are saying, stop adding additional comments (adding value), and say thank you when someone gives you an idea or compliment. If you do, I think you will find that people will start saying “Thank-you” back to you.