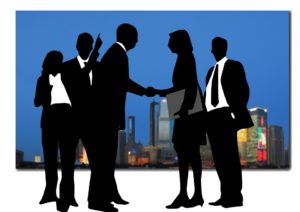 Communication is not just about what comes out of our mouths. In fact, what we don’t say — our body language and use of silence — often sends a louder message than the words we use or the intonation of our voice. So being aware of, and practicing, our non-verbal communication skills are critical parts of overall interpersonal communications.

What does body language look like – what do you need to look out for?

Our non-verbal communication tends to be unconscious.  It can be influenced by many things, including past habits, life experiences, personal models, culture and hidden thoughts and feelings. Because body language is often outside of awareness, most have no idea what exactly they are communicating to other people.  Being made more aware of how body language influences our communication and learning how to control it can go a long way to reducing misunderstandings, stress and conflict in our interpersonal relationships.

*******Are you wondering if having a Leadership/Personal Development Coach is right for you? Contact John for a complimentary, exploratory coaching session at john@johnkwhitehead.ca********

If you would like to get notifications for when I post, please go to my blog site and register. I promise I will not spam or use your email address for anything else. You can visit and register for my blog at https://johnkwhitehead.ca/blog-2/