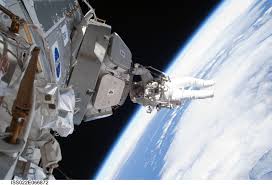 Why do any of us do what we do for a living?

Is it because we just “fell into it;” circumstance left us here doing what we do? Or was it something we knew we wanted at an early age, something we planned and trained for?

Chris Hadfield, the Canadian astronaut, knew from an early age that he wanted to go to space. His whole life revolved around that goal even though at such a young age the idea of a Canadian kid going to space was a pipe dream. Movie director James Cameron was an avid science fiction fan as a child and dreamt of visiting alien worlds; years later spending time in a very alien world on the bottom of Earth’s oceans, again realizing his dream (although maybe not exactly how he dreamed it). These are just two examples of people who had high dreams at an early age, and went on to realize them. But what about those who hit a roadblock, get sidetracked, end up doing something completely different than what they dreamt of as a child. Not everyone who dreams of being an astronaut can go to space.

Hadfield hit many roadblocks, but he fought through them, prepared for them. For example, he realized early on in his career that things were changing and that it would be advantageous for him to learn the Russian language. He did, and it helped his career when the US Shuttle program ended and manned launches were henceforth done only from Russia. I’m not sure if Cameron really believed, as he was making his early movies, that he would in some way fulfill his dream of visiting alien worlds, but as he now looks back on his career he has stated it dawned on him that he did just that, piloting a robotic camera on the deck of the Titanic from a submersible at the bottom of the ocean.

For others their dreams may not have turned out exactly as they anticipated, but they ended up doing something that made a difference regardless. It is what you do with your circumstances that counts. How do you take something that may seem to be a total roadblock and turn it into something positive? You keep searching, find something that you love to do and that you can get passionate about. And then guess what? You may end up having a career that in hind sight is exactly what you wanted, but in the present is not at all what you expected.

What about those of you who had a dream but it crashed? What did you do?