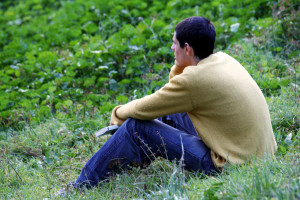 The work of author and business coach Marshall Goldsmith, in particular his book, What Got You Here Won’t Get You There (2007) has been a significant influence in me becoming self-aware.

In the spring of 2009 I attended Goldsmith’s workshop in Boston after reading his book and being intrigued by the concepts he espoused, specifically the “Twenty habits that hold you back from the top” (pp 40 – 41). These twenty habits are: winning too much; adding too much value; passing judgment, making destructive comments; starting with “No,” “But,” or However,”; telling the world how smart you are; speaking when angry; negativity, or “let me explain why that won’t work”; withholding information; failing to give proper recognition; claiming credit that we don’t deserve; making excuses; clinging to the past; playing favorites; refusing to express regret; not listening; failing to express gratitude; punishing the messenger; passing the buck and finally; an excessive need to be “me”. Goldsmith’s approach and imagery of leadership struck me as a model I wished to learn more about.

The  exhaustive list above lays out a full menu of interpersonal behaviours — that when acknowledged, can be modified without much effort, or as Goldsmith puts it “… the faint imagination to stop doing what you’ve done in the past – in effect, to do nothing at all” (p 39).

Why is this such a powerful leadership book? C.K. Prahalad, author, and Paul and Ruth McCracken of the University of Michigan, stated in one of the introductions to this book, “ …Helping high achievers recognize 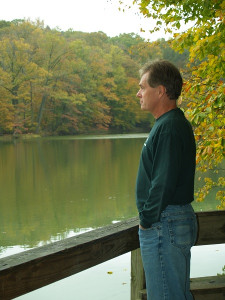 their sharp edges, become more self-aware, and increase their personal effectiveness is at the heart of leadership development”. It is learning about whom you are, and how, being aware of your behaviours and its impact on those around you, is the first step in becoming a leader. As Short (1998) stated, we have an image of ourselves, of others and about how the “way something is supposed to look; when reality doesn’t match out image, we simply do not see it” (p.13). One of the first steps in effective leadership is looking at things from the inside out.

Scharmer (2009) suggests that the cause of our collective failure is that we are blind to a deeper dimension of leadership and transformational change. Goldsmith suggested that being self-aware, by being open to others feedback can illuminate these areas that are “blind” to us. Most of us can’t afford a professional mentor to follow us around and give feedback, however, what we can do is solicit the help of a peer or colleague to mutually support one another by asking one question, and only one: “How can I do better?” (p 122).  Variations such as “What can I do to be a better parent?” or “What can I do to be a better leader of this team?” also work (p 122).

Goldsmith presents the Johari Window as an example of how such feedback can be so effective, that others can observe things about us which we cannot see ourselves – our  “blind spots”. When we can see them, they become a “Damascus” moment that can “create dramatic change” (p 123).

“What Goldsmith does is present a simple but powerful approach for helping leaders excel” (Joe Katzenbach as cited in Goldsmith, 2007). This quote embodies what I also discovered, that Goldsmith’s philosophy draws one to the inevitable conclusion that at the core of leadership is self-awareness – being who you are.

One thought on “The Core of Leadership is Self-Awareness – Being who you are.”